Fourth Circuit Reins in the EEOC with Attorneys Fee Award

There have been a number of recent decisions penalizing the Equal Employment Opportunity Commission for failures or deficiencies in its investigation or pursuit of litigation. Last month, in EEOC v. Propak Logistics, Inc. the Fourth Circuit Court of Appeals affirmed a six-figure award of attorneys’ fees to the defendant employer against the EEOC for unreasonably initiating the litigation.  The EEOC took over five years to investigate a race discrimination charge, with periods of significant inactivity.  The EEOC did not interview the plaintiff employee in a timely manner and did not regularly communicate with the company.  During the investigation period, Propak closed all of its facilities in North Carolina and South Carolina, including those which were the target of the EEOC investigation.  Regardless, the EEOC granted the plaintiff a right to sue and then the EEOC initiated a lawsuit almost six years after the initial charge, seeking injunctive relief and monetary damages.

By the time that the EEOC filed suit, the Court noted that key witnesses were no longer employed by Propak and those that could be located “likely would have faded memories.”  Although the Fourth Circuit recognized that the Title VII fee-shifting mechanism, providing for a defendant employer to recover its attorneys’ fees, is a “conservative tool, to be used sparingly,” the court accorded “great deference” to the district court’s decision and affirmed the district court’s conclusion that the EEOC acted unreasonably in initiating the lawsuit.  In his concurring opinion, Judge Wilkinson observed, “it is still remarkable that the saga of delay and indifference . . . has brought forth not a glint of recognition as to what the [EEOC] subjected the defendant to with its start-and-stop behavior over a total … course of nearly eight years.”  He expressed concern over the fact that the EEOC required a second major litigation over Propak’s request for attorneys’ fees, which continued to divert Propak’s time and resources to litigation instead of to operating its business.

Although this opinion shows that courts are increasingly willing to penalize the EEOC for unreasonably pursuing claims, particularly in egregious cases such as this case, the cost of such litigation on defendants in both employee time and financial resources can be overwhelming.  We are prepared to come alongside your company as you respond to the EEOC and to vigorously defend against employment litigation that your company faces.

Last month, Wyche at Work discussed the South Carolina Payment of Wages Act. We specifically highlighted a company’s statutory duty to notify employees of their wages, time and place of payment, and regular hours. This, however, is not the only obligation covered by the Act. The Act also requires employers to pay departing employees all wages owed within forty-eight hours of separation or the next regular pay day. An employer who refuses to pay without a valid reason for doing so, may be liable for three times the amount of wages owed and reasonable attorney’s fees.

This month, in Goodwyn v. Shadowstone Media, Inc., et. al. (Apr. 16, 2014), the South Carolina Court of Appeals enforced the Act’s payment requirement. Goodwyn involved a saleswoman who resigned her position with her employer and, at the time of resigning, demanded $8,694 in back-wages. The employer, contending that the back-wages were in excess of the commissions actually owed, refused to pay. After a lengthy trial, the jury awarded the saleswoman a $3,444 verdict. Pursuant to the Act, the saleswoman sought to treble the award and recover attorney’s fees. The appellate court upheld the $3,444 award but refused to treble the damages or award fees. In doing so, the court found that the employer had a good faith reason for withholding payment: a different method for calculating commissions.

The employer in Goodwyn was able to avoid the Act’s treble damages and fee-shifting provisions, making this case a significant victory for employers. Of course, the defending company was not able to avoid paying wages owed and the cost of defending a wage suit. Accordingly, while the company prevailed in this case, South Carolina employers should be reminded of the importance of paying departing employees in full and on time.

In Part II and Part III of our series on employee handbooks, Wyche at Work highlighted handbook provisions which are actually or practically legally required. These included at-will disclaimers, equal employment opportunity policies, non-harassment non-discrimination policies, Family and Medical Leave Act policies, and hours and payment policies. This month we will be taking a look at two policies that are not legally required but which employers should, as best practice, should consider in their handbooks.

Substance Abuse/Drug-Free Workplace and Drug Testing policies. A company’s substance abuse/drug-free workplace policy can be used to promote broad goals like employee health. It can also be used to ensure compliance with more specific requirements like having a safe workplace. In some instances (i.e., the trucking industry or national defense contractors), employers are legally required to have a substance abuse/drug-free workplace policy. In any case, a good policy should address what substances are prohibited, whether this prohibition applies to non-working time, if employees are subject to drug testing, and when employees will be tested. While South Carolina law does not mandate what must be contained in a drug testing regimen (though employers get certain workers’ compensation benefits if they have a written drug testing program that contains certain elements), it is wise to publish and execute a drug testing program clearly and fairly.

Dispute Resolution. Dispute resolution policies can be a great way to achieve multiple goals. By stressing internal dispute resolution models, they can help to solve problems informally and create a sense of open communication between an employer and its employees.  By including mediation and/or arbitration, they can solve problems while avoiding costly litigation. As discussed in previous editions of Wyche at Work, these policies should be created with particular attention to current law on the enforceability of arbitration in the employment context. There are some real advantages to not having employment-related disputes subject to the inflexibility and uncertainty of litigation or a possible runaway jury. On the other hand, one-sided or unfair dispute resolution models will be struck down and cause morale or retention problems. A best practice for employers is to set up a dispute resolution system that fairly and expeditiously resolves disputes before they become legal problems and can be efficiently handled once a legal claim is raised.

Do not hesitate to contact Wyche for help creating or reviewing any of the above policies, or identifying any other policies which may suit your particular workplace.

As we wrapped up 2013, Wyche at Work highlighted the Equal Employment Opportunity Commission’s intent to adjust for inflation the civil monetary penalty for violation of EEO notice posting requirements under certain federal discrimination laws. The federal agency has met its goal by recently publishing a final rule doing just that. Effective April 18, 2014, employers who fail to post in the workplace the notice required by Title VII of the Civil Rights Act, the Americans with Disabilities Act and the Genetic Information Nondiscrimination Act will be subject to a penalty of $210 per violation. The penalty was $100 per violation under the old rule.

Employers may download or order copies of the current “EEO is the Law” poster from the EEOC’s website.  As we have previously discussed in Wyche at Work, employers should make sure that they have conspicuously posted the current versions of all required workplace posters to comply with federal and state law. 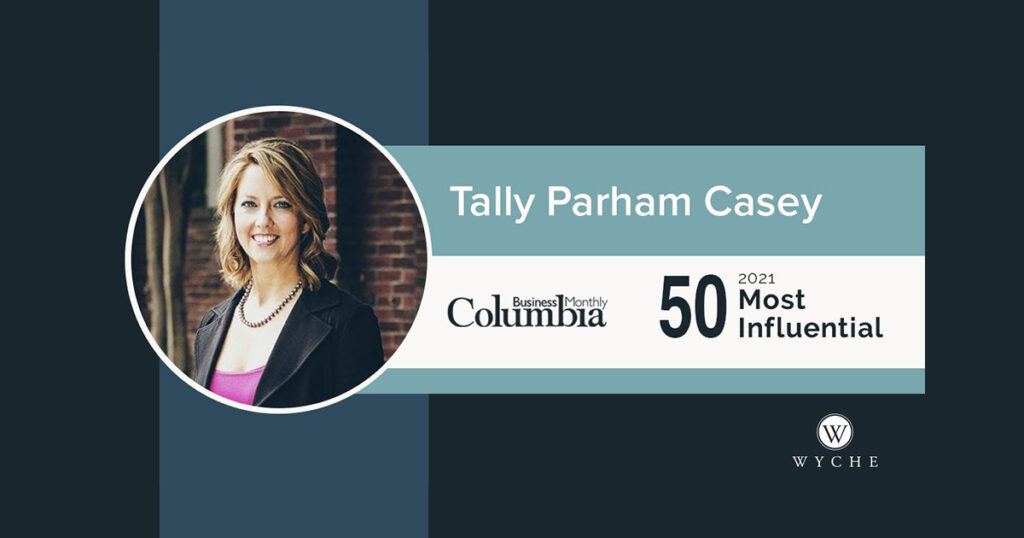